Let's compare GruCloud with Terraform and the AWS CDK:

GruCloud infrastructure code is written in Javascript, the most ubiquitous and easiest programming language out there.

Terraform code is written in a declarative language called HCL, unfortunately, there is no or weak support for conditional, loop, using off-the-shelf libraries, debugging, testing, and so on, all the things that come for free by using a general-purpose language.

Unlike Terraform and CDK, GruCloud does not use a "state file" as the source of truth, instead, the live infrastructure is the source of truth. Using a "state file" is a source of problems, for instance, secrets are stored in this source file with is a security concern, moreover, the state file format has changed over time which is a cause of issues. The statelessness feature is achieved by tagging resources and fetching the live infrastructure.

The AWS CDK is only available on AWS, sometimes companies end up having resources on multiple clouds for whatever reasons, Both GruCloud and Terraform support multiple clouds.

Being written in Javascript, infrastructure can be debugged with for instance VS Code. There is not yet a Terraform debugger. 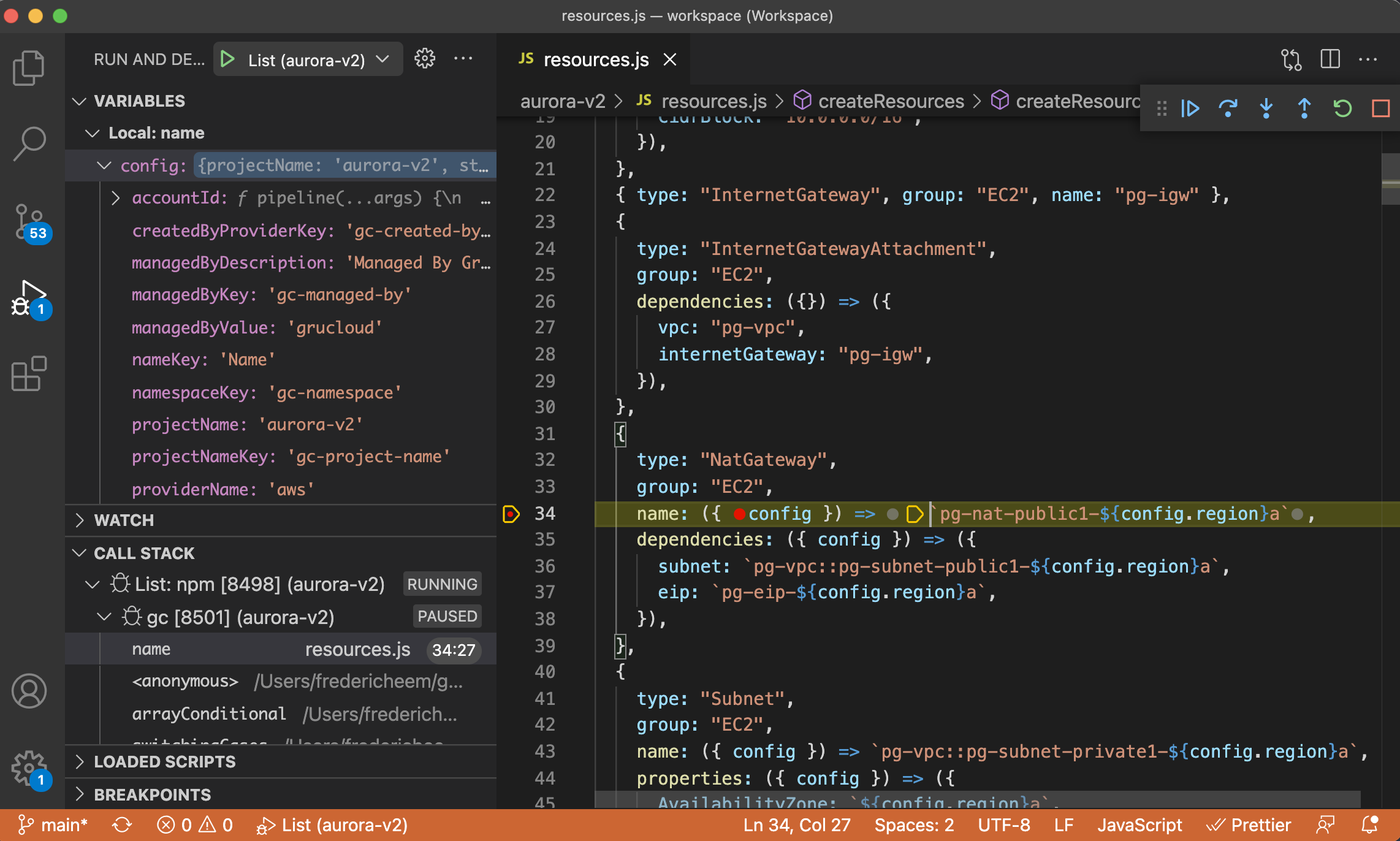 Testing the deployment and destruction of the infrastructure can be easily performed. All examples provided are tested, ensuring quality and assurance.

GruCloud removes all of these useless layers, it directly calls the AWS API through the AWS JS SDK, without transforming any parameters. Therefore, when a new feature is released from the AWS SDK, supporting this new feature is straightforward: update the AWS JS SDK, create an example, run the end-to-end test suite, and finally release the new version.